Feminism: The advocacy of women’s rights for political, social, cultural, personal and economic equality to men.

What is feminism? Is feminism a mere passing trend? Is it sexist? Are feminists crazy? WILL FEMINISM DESTROY MEN?

Feminism has a negative connotation to it’s name because of misconceptions and misinterpretations, sometimes by academics, politicians, and other credible people. Due to this, there are many myths about feminism in Malaysia. Here are 9 of them- busted!

MYTH 1:  Feminism is a largely “modern and Western” movement.

FACT: Malaysians are a strange bunch. We positively worship anything that is affiliated with the West- such as Mat Sallehs, Taylor Swift, and James Bond, but we refuse to acknowledge certain issues that are too “Western” for our patriarchal culture. Here’s a surprise: Feminism has been around in Malaysia since the 1920s! Where have you been?

Here’s another surprise: Malaysia’s early feminist movement was led by a Muslim MALE reformer, Syed Sheikh Al-Hadi. This movement soon evolved liberating women through education, led by feminists Shamsiah Fakeh and Khatijah Sidek. Does this sound very “Western” to you?

MYTH 2: Feminism is a LIE! We need equalism.

FACT: “Feminism is such a sexist word. Equalism sounds great! Heck, it sounds like something misogynists would approve of! Hi everyone, I’m an equalist because it sounds good!”

All right. Let’s set this straight. Equalism, a.k.a. egalitarianism, is a movement that champions equality for all, where every human should be of equal social status. Sounds awesome! Like a non-sexist movement for men and women! So what’s the problem?

Here it is: equality does not always mean justice. Equalism does not acknowledge the struggles that women face on a daily basis, while feminism focuses on the issues in equality where women are at a disadvantage. Malaysia has is a highly patriarchal society, where most believe that men are superior to women. We need to address the issues that women face before moving into an egalitarian society. Feminism is about EQUITY of both genders, where both are able to succeed and find happiness, without oppression.

For example, how many female heroes are acknowledged in our Sejarah textbooks? Much less than that of male heroes, I can assure you. In almost every page we read about male heroes, such as Mat Salleh (yes, he was a real non-angmoh guy), Datuk Maharaja Lela, and Rantap, but have you heard of Sybil Kathigasu, a.k.a. ‘Malaysia’s Florence Nightingale?’” Here is a heroine our Sejarah textbook authors could have acknowledged, but they didn’t. How many of Malaysia’s heroines did our education ministry miss out on, exactly?

MYTH 3: Feminists are crazy, angry, man-hating women who can’t cook or sew to save their lives.

FACT: While some of us really are women who can’t cook or sew to save our lives (hello, microwaves and retail clothes exist!), feminists consist of many kinds of people. Housewives can be feminists. Men can be feminists. Everyone can be a feminist, and feminists don’t hate men. Feminism is often mistaken with MISANDRY (read: prejudice against men) because people equate this cause to man-hating.

We ARE crazy and angry, though, because women in our country aren’t treated right. We’re ANGRY because Farah Ann Abdul Hadi’s aurat mattered more than the 6 medals, including two golds, that she won for Malaysia at the 2015 SEA Games. We’re CRAZY because victim-blaming is still prevalent in our society- ranging from child marriage to protect a then 13-year-old girl’s virtue after she was raped, to remarks that uncovered women invite rape. Feminists are here to fight misogyny!

FACT: Feminism won’t die as long as the patriarchy is still alive.

“Neither can live while the other survives,” Sybil Trelawney, Harry Potter and The Order of the Phoenix by J. K. Rowling.

The feminists will win this battle, yo!

MYTH 5: Feminism contributes to social ills because it’s about breast-baring and bra-burning.

FACT: Can we not sexualize feminism? Feminism is NOT about breast-baring and bra-burning. Can we quit looking for sexual elements in ANY gender-specific movement? STOP SEXUALIZING EVERYTHING.

Feminism advocates sex education for girls and boys, so they get to know what’s up with sex. Instead of sweeping it under the carpet (and hoping it’ll go away) it’s WAY better for girls and boys to know what sex and sexuality is all about. Feminism teaches boys that girls are not sexual objects, unlike what the media usually portrays. Feminism values a woman’s achievements without looking at her ‘purity.’ How does that contribute to social ills?

FACT: There’s this misconception that feminists are strictly non-traditional, modern people who are hell-bent on destroying tradition. We’re trying to get rid of traditional GENDER ROLES, but not tradition altogether. If a woman CHOOSES to take on her husband’s surname when they marry, so be it! If a woman CHOOSES to be a home-maker, well, why should’t she? Feminism is about the freedom for women to decide what’s best for herself- not what YOU think is best for her.

MYTH 7: Feminism is sexist because it’s a movement exclusively for women.

FACT: Women have always been the more marginalized gender group in Malaysia, no matter how much men cry “Oppression!”. Here, although women outperform men in universities, only 46% are employed or seeking for jobs. Young married women are usually forced to give up their professional lives to look after their children due to most companies lacking maternity benefits. Men still earn more than women while doing the same jobs, whilst some attribute this to maternity leave, NOT EVERY WOMAN IS ON MATERNITY LEAVE OKAY. Not every woman will get married, and have children, okay?

What kind of disadvantages do men have? You tell me? The friendzone ah?

Meanwhile, with feminism, men share equal employment opportunities, equal salaries, and equal competition with women! How is that sexist?

FACT: Take a look at Malaysia’s Isma chief, Abdullah Zaik Abdul Rahman, who mentioned that feminism is a Western facade to dishonor Muslim women. He later added that Muslim women ought to be ‘moderate’, hence, remain demure and covered. DUDE. Women should not be boxed into the “demure and covered” category, heck, if we remained without feminism, there wouldn’t be any female doctors, politicians, and educated women. We’d remain slaving in the kitchen

Meanwhile, Sisters in Islam (SIS) has debunked this myth by starting a movement called “Musawah,” which means “fairness” and “equality.” “Musawah” began when women pushed to reform the family law that discriminates against women. SIS’ communications officer, Aliah Ali mentioned that feminism upholds the values of equality and justice, which are supported by the Quran, to bring gender equality into an egalitarian society.

Conclusion: Feminism and religion can be BFFs!

FACT: We’ve been listening to opposing views for AGES! Whenever someone speaks or writes about feminism, there is bound to be some backlash. Now it’s time for y’all (the opposition) to sit down and listen to what feminists have to say. Rise up, Malaysian feminists! Now is your time to fight for justice! 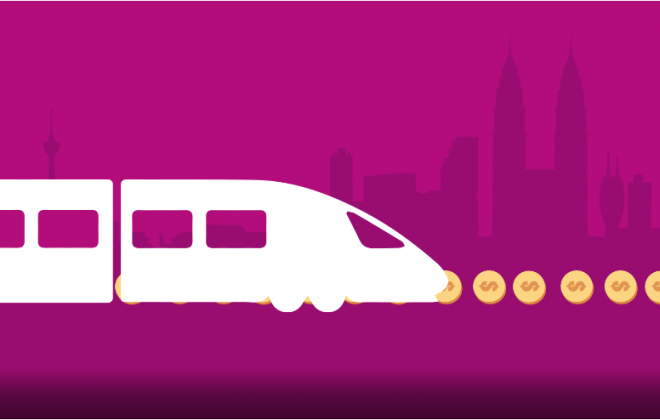