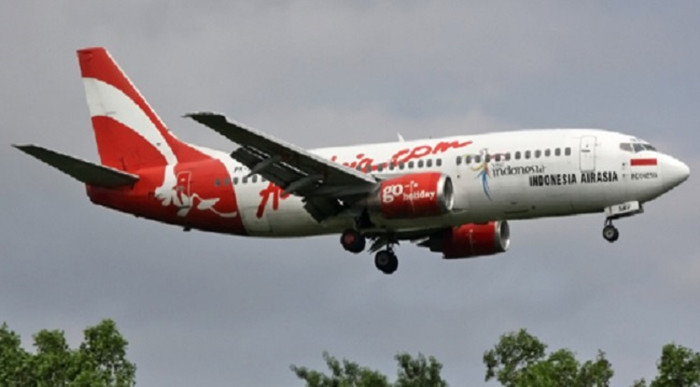 SURABAYA: Radar data being examined by investigators appeared to show that AirAsia Flight QZ8501 made an “unbelievably” steep climb before it crashed, possibly pushing it beyond the Airbus A320’s limits, said a source familiar with the probe’s initial findings.advertisement

The data was transmitted before the aircraft disappeared from the screens of air traffic controllers in Jakarta on Sunday, added the source, who declined to be identified.

“So far, the numbers taken by the radar are unbelievably high. This rate of climb is very high, too high. It appears to be beyond the performance envelope of the aircraft,” he said.

The source added that the data on which those assumptions had been made were incomplete. Colleagues and friends of the Indonesian captain on board have described him as an experienced and professional pilot.

The preliminary findings sharpen the focus on the role bad weather and the crew’s reaction to storms and clouds in the area had to play in the plane’s crash into the Java Sea which killed all 162 people on board.

“With the CVR and FDR, we can establish what went on in the cockpit and what was going on with the aircraft. We can conclude if the radar information is accurate,” added the source.

At 6.12am on Sunday, 36 minutes after taking off from Surabaya’s Juanda Airport on a flight to Singapore, the pilot asked for permission to climb to 38,000ft from 32,000ft and deviate to the left to avoid bad weather.

Two minutes later, Jakarta responded by asking QZ8501 to go left seven miles and climb to 34,000ft. There was no response from the cockpit. The aircraft was still detected by the ATC’s radar before disappearing at 6.18am.

An image that was reportedly leaked from AirNav Indonesia, which manages the country’s air space, and shared on several websites, appeared to show QZ8501 at an altitude of 36,300ft and climbing at a speed of 353 knots.

Two veteran pilots told Reuters that, if accurate, the image and information released so far pointed to the fact that the aircraft might have climbed suddenly and then lost speed.

This can result in the aircraft stalling in mid-air before plunging to the sea, they said.

One pilot explained that an A320 would cruise at a speed of around Mach 0.78 while at an altitude of 32,000ft. That translates into roughly 516 knots.

“If you encounter turbulence, you go slower at what we call the turbulence penetration speed to get through it. If you climb to avoid turbulence, you slow down to have a better climb rate. That could be around Mach 0.76,” he said. “But if you climb suddenly and start to lose speed, you will stall.”

The source close to the probe said other aircraft in the area at the time of the crash were flying at higher altitudes. Aircraft tracking website flightradar24.com said that they were at between 34,000 and 39,000 feet.

“We know that there was severe local weather and big clouds. But they (the other planes) were higher and did not appear to encounter any major problems. We want to look into that too,” added the source.

Industry sources told Reuters that there could be parallels between this incident and the crash of Air France flight AF447 in 2009.advertisement

The investigation into that Airbus A330 showed that the co-pilot lost speed readings due to icing on the airframe.

His panic reaction meant that he kept trying to climb despite repeated stall warnings, and the crew failed to recognise the situation, eventually sending the aircraft plunging into the Atlantic.

Incidents like these show that the margin for error at higher altitudes is smaller than at take-off or lower down, say industry experts.

They add that the A320’s systems usually prevent pilots from doing anything outside usual safe flight parameters. But these protections can be disabled in some circumstances, handing control to the pilots and leaving it to manual flying skills.